2017 UH Annual Report to the Community and Report on Philanthropy

Every day, the battle rages on at the microscopic level in our bodies. T cells deploy, seeking and destroying infected or abnormal cells that cause illness.

Over the past decade, doctors and scientists have put this immune system machinery to work against some cancer cells. Through identifying markers on the surface of cancer cells, they’ve been able to take a person’s own normal T cells and reverse-engineer them to specifically seek out cells with those suspicious markers, thus destroying the cancer. These genetically engineered cells are known as chimeric antigen receptor, or CAR T cells. 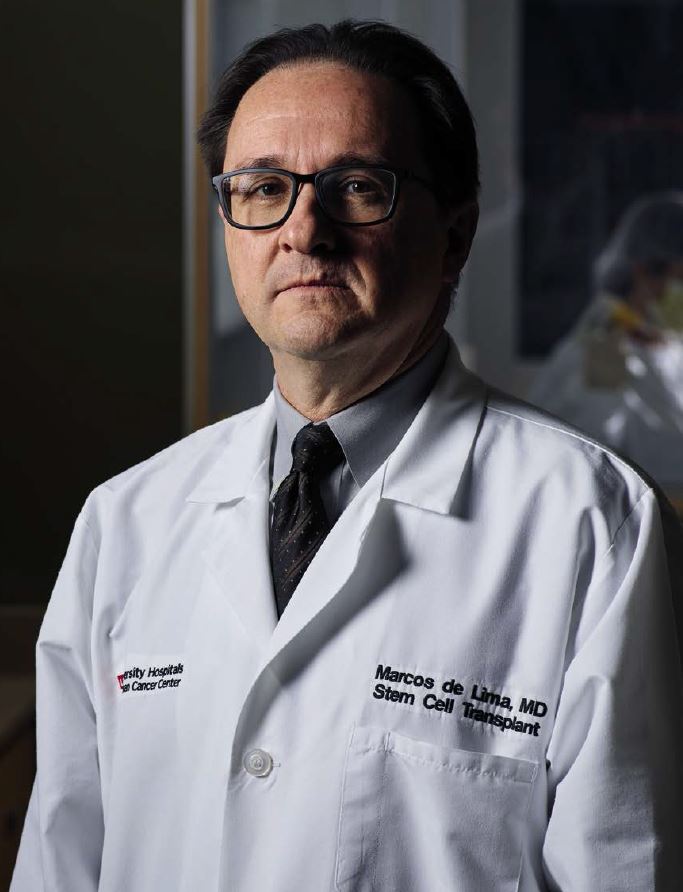 Unlike patients who receive re-engineered cells from a central processing facility, UH patients in the trial will receive cells engineered and cultured on site in the Cellular Therapy Laboratory shared by UH and Case Western Reserve University School of Medicine.

“ Very few centers have established capacity to try this – very few have the capability to even talk about doing this,” Dr. de Lima explained. “It’s a platform that opens a lot of possibilities for us. Tomorrow an investigator may discover a new target, so we have the machinery to execute that. The sky is the limit. It’s not only a tool for the present, but a very solid investment for the future.”

As the science progresses, Dr. de Lima said he expects there will come a day when cancer patients are prescribed generic CAR T cells like any other drug, avoiding the cumbersome process of collecting, re-engineering, culturing and re-administering cells to individuals.

“ We’d love to have an off-the-shelf product, and we are investigating toward that direction,” he said. “That’s definitely one of the dreams, that you’d have a medicine. Nobody is under the illusion that where we are now is the ‘destination’– there are lots of things to be done. But for now, it is for sure something fantastic.”