Anaphylaxis among infants and young toddlers is a growing problem.

“Food allergy has grown in prevalence over the last 20 years, and one of the areas where it has particularly increased has been in children under age 2,” says Leigh Ann Kerns, MD, a pediatrician and pediatric allergy specialist at University Hospitals Rainbow Babies & Children’s Hospital.

At the same time, there is a growing movement – supported by evidence – to introduce allergenic foods to children at younger and younger ages.

“A study two years ago that showed that if you introduced peanut at about six to 11 months of life, you reduced the risk of peanut allergy by 70 to 80 percent,” Dr. Kerns says. “We are recommending earlier introduction highly allergenic food, and that’s a wonderful thing, but it doesn’t reduce the risk to zero. What you have is more six-month-olds who never before would have had peanut butter, some of whom will have a reaction and will be at risk for having an anaphylactic reaction.”

The problem is that there hasn’t been an appropriate epinephrine delivery device to treat them – at least until now. To provide a better, safer option for infants and toddlers, Dr. Kerns and a medical device developer from Greater Cleveland have designed an epinephrine dispenser for infants. 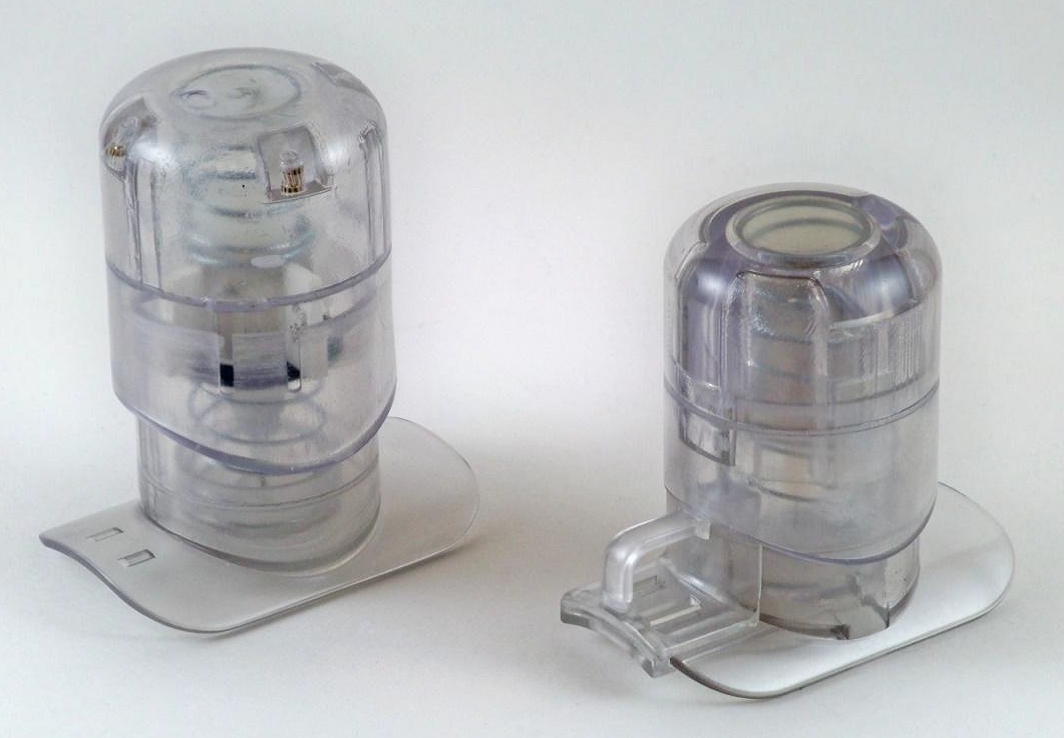 The project was selected for support at UH Rainbow Babies & Children’s Hospital’s Belcher-Weir Family Pediatric Innovation Day, sponsored by UH Rainbow’s Office of Innovation, which led to development of the prototype and licensing of the technology.

“With traditional epinephrine devices, mainly the EpiPen Jr., the dose is designed for a 15-kilogram (33 pounds) child,” Dr. Kerns says. “It’s not really supposed to be used in kids below that weight. Kids don’t reach 15 kilograms until they’re an average of 2 years old. So you have this huge population of children with new-onset food allergy, but there hasn’t been a dose-appropriate product to treat their anaphylaxis if it happens. It leaves doctors in a difficult situation. You know if you prescribe this medication, you are overdosing the child with the medication, and that could have consequences. But if you don’t treat them, they could have a fatal or near-fatal food allergy reaction.”

Beyond issues of epinephrine dosing, the EpiPen Jr. is also ill-suited for an infant’s anatomy, Dr. Kerns says.

“The needle length is made for a larger child, so if you inject it into the thigh in an infant, it likely will hit the bone,” she says. “It could damage the bone and not go to the muscle, where it’s supposed to be administered. The EpiPen device is usually administered with a stabbing motion. That’s very intimidating for parents to do to an infant. With those things in mind, we thought that we would try to design a baby-friendly device.”

Dr. Kerns and her design partner received a small grant from the Pediatric Innovation Office at UH Rainbow to explore different device configurations and settle on a prototype. The end result is a small device with a small, flat surface that curves around the infant’s leg, topped with a vertical cylinder that holds the needle and the appropriate dose of epinephrine.

“It has a curved design that meets their skin, so that if the baby jerks, it will be less likely to slide off and injure the baby with a laceration,” Dr. Kerns says. “To administer the epinephrine, it’s just a little plunge with the palm of the hand. It’s a lot less traumatic to the parent who’s doing it; it’s a smoother motion. The needle is retracted after injecting.”

The infant epinephrine dispenser has been licensed to a commercial entity and is under development. When it eventually comes to market, Dr. Kerns looks for it to create a meaningful change in how infants with anaphylaxis are treated.

“This could have a huge impact,” she says. “Food allergy prevalence seems to peak at about 12 months of life, and up to 8 to 10 percent of infants at that age have been diagnosed with a food allergy. This new device can safely provide a medication that has been unavailable to them in the past.”

For more information about this project, email Peds.Innovations@UHhospitals.org.