Cleveland, Ohio — Could our blood hold the molecular secrets to a fountain of youth, preventing age-related brain disorders? Can targeting red blood cells and blood vessels keep our brains healthy and prevent dementia? 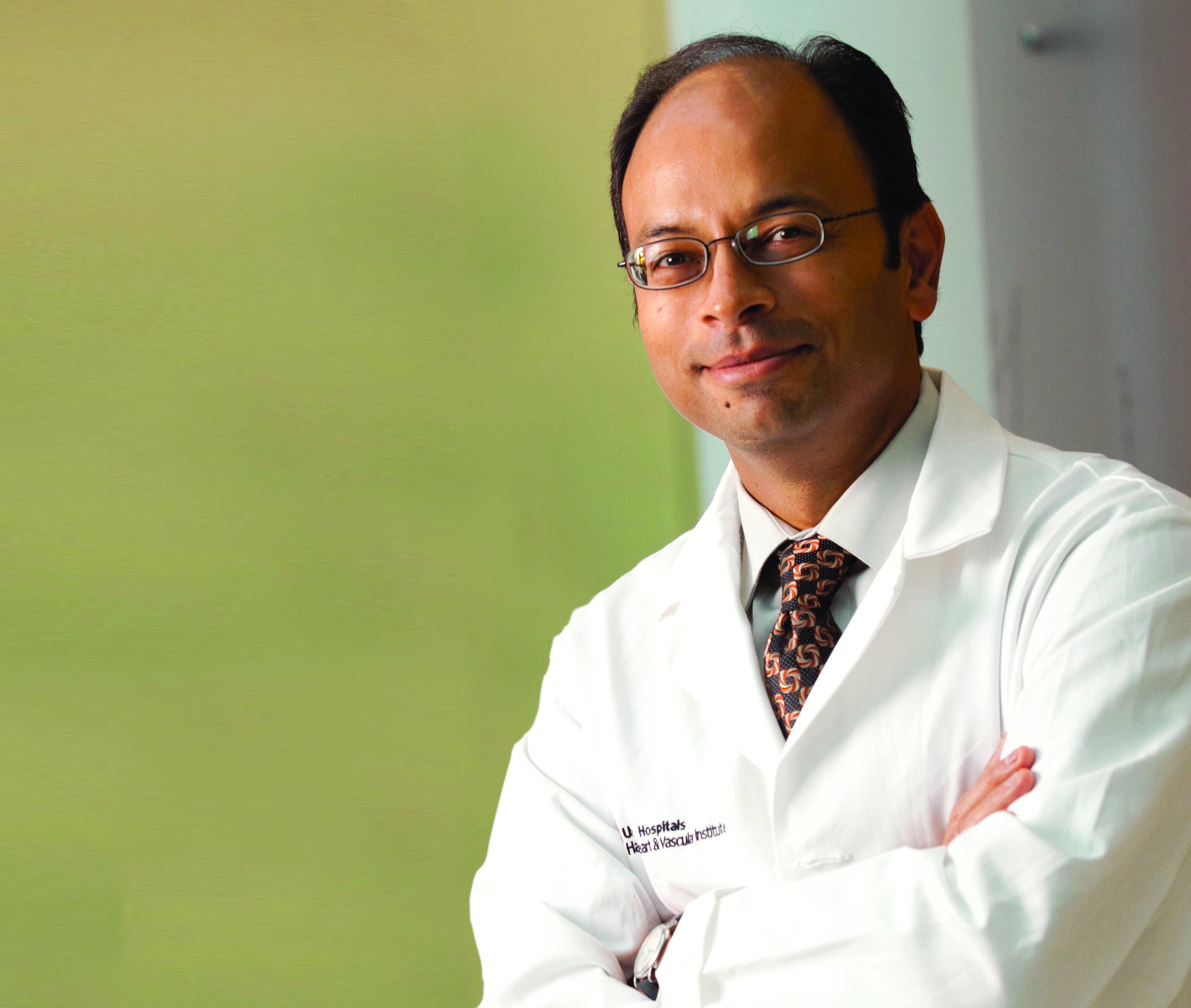 The blood cell-blood vessel unit controls the delivery of oxygen and nutrients to the brain. Dr. Jain and his team will examine how connections between the red blood cells, blood vessels and the brain are altered during aging and disease.

“I am thrilled to head up a multidisciplinary team of eminent leaders in cardiovascular and neurobiology to advance a new scientific concept that transforms our understanding of the critical determinants underlying brain health,” Dr. Jain said. “I am confident that these new scientific insights will also provide the foundation for the development of novel therapies to treat age-related dementia.”

The Jain team’s research will help advance the scientific knowledge of how the brain ages from a totally new, as-yet unexplored approach that holds considerable promise, notes Daniel I. Simon, MD, President, Medical Centers & Chief Academic Officer, UH health system. “University Hospitals is honored to be one of three national recipients of this prestigious research award that leverages our unique strengths in the Harrington Discovery Institute to translate fundamental discovery into new therapies that change standard of care,” he said. “We look forward to working with the American Heart Association and Paul G. Allen Frontiers Group to accelerate the development of new therapeutics to enhance brain health and combat dementia.”

The other two research teams selected for funding through the AHA-Allen Initiative in Brain Health and Cognitive Impairment are headquartered at the Salk Institute for Biological Studies in La Jolla, Calif., and at Stanford University, Stanford, Calif. The initiative represents a $43 million commitment in research funding for innovative approaches to combat age-related dementia, including Alzheimer’s disease.

Founded in 1866, University Hospitals serves the needs of patients through an integrated network of 18 hospitals, more than 50 outpatient facilities and 200 physician offices in 16 counties throughout northern Ohio. The system’s flagship academic medical center, University Hospitals Cleveland Medical Center, located on a 35-acre campus in Cleveland’s University Circle, is affiliated with Case Western Reserve University School of Medicine. The main campus also includes University Hospitals Rainbow Babies & Children's Hospital, ranked among the top children’s hospitals in the nation; University Hospitals MacDonald Women's Hospital, Ohio's only hospital for women; and University Hospitals Seidman Cancer Center, part of the NCI-designated Case Comprehensive Cancer Center. UH is home to some of the most prestigious clinical and research programs in the nation, including cancer, pediatrics, women's health, orthopedics, radiology, neuroscience, cardiology and cardiovascular surgery, digestive health, transplantation and urology. UH Cleveland Medical Center is perennially among the highest performers in national ranking surveys, including “America’s Best Hospitals” from U.S. News & World Report. UH is also home to Harrington Discovery Institute at University Hospitals – part of The Harrington Project for Discovery & Development. UH is one of the largest employers in Northeast Ohio with 26,000 employees.

UH’s vision is “Advancing the science of health and the art of compassion,” and its mission: “To Heal. To Teach. To Discover.”  Follow UH on Facebook @UniversityHospitals and Twitter @UHhospitals. For more information, go to UHhospitals.org.

The Harrington Discovery Institute at University Hospitals in Cleveland, Ohio – part of The Harrington Project for Discovery & Development – aims to advance medicine and society by enabling our nation’s most inventive scientists to turn their discoveries into medicines that improve human health. The institute was created in 2012 with a $50 million founding gift from the Harrington family and instantiates the commitment they share with University Hospitals to a Vision for a ‘Better World’.