Our national search for a University Hospitals Chief Quality and Medical Officer has brought us an established leader to further our reputation for medical staff excellence and patient safety. Beginning early December, William W. Brien, MD, will oversee provider initiatives across the system including high-reliability medicine, quality and safety, patient advocacy, physician relations, and utilization and case management. 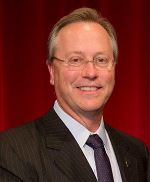 Dr. Brien is a renowned physician, researcher and administrative leader with three decades of experience as an orthopedic surgeon. He comes to UH from Baylor St. Luke’s Medical Center in Houston, where he served as Sr. Vice President, Medical Operations and Chief Clinical Officer since 2015. He was also a Clinical Professor of Orthopedic Surgery at Baylor College of Medicine.

Prior to that, Dr. Brien held numerous clinical and leadership positions at Cedars-Sinai Medical Center in Los Angeles for 21 years. From 2007 to 2015, he was Clinical Professor of Surgery and Executive Vice Chairman, Department of Surgery. He also served as Director of the Orthopaedic Center since 2003.

Dr. Brien earned his medical degree from the University of California, Los Angeles, School of Medicine. He completed his orthopedic surgery residency at Los Angeles County + University of Southern California Medical Center, and a fellowship in adult reconstructive surgery at Hospital for Special Surgery in New York City.

In addition to hospital leadership roles, Dr. Brien honed his administrative skills as Mayor of the City of Beverly Hills, Calif., from 2012 to 2013. He has also served as State Commissioner of the California Health Policy and Data Advisory Commission, and as a Fellow and member of the Board of Councilors for the American Academy of Orthopaedic Surgeons.

Dr. Brien follows William Annable, MD, in the role of Chief Quality and Medical Officer. Dr. Annable is an exceptional leader who has been instrumental in shaping the Quality Institute and achieving unprecedented success. UH Cleveland Medical Center was awarded the 2012 American Hospital Association-McKesson Quest for Quality Prize as the nation’s top hospital for leadership and innovation in quality improvement and patient safety. We are grateful to Dr. Annable for his 35-year tenure at UH as an outstanding clinician and leader. He will stay on to transition his position, and we extend him best wishes on his retirement in early 2018.

We look forward to welcoming Dr. Brien to Northeast Ohio. We are confident his leadership will advance our medical staff and clinical care quality objectives at UH.